Mr. Bell served as the lead facilitator for the largest behavior change training in the history of the federal government. In 2010, Mr. Bell received the 2012 National Black Caucus of State Legislators, Nation Builder Award for his work as a social entrepreneur and change agent. Raymond also received Ballou S.T.A.Y. Excellence Award for outstanding service to the Adult Learning Community.

He has been actively involved in community outreach efforts primarily in Southeast, Washington DC for over 20 years. His efforts include conducting life classes for young men, career training workshops and social and career coaching. He is a frequent panelist for community summits and town halls. Mr. Bell holds an annual H.O.P.E. Project Town Hall on unemployment and career training for youth and young adults.

Mr. Bell is dedicated to empowering young people to take ownership and control of their own destiny. He is considered by many to be one of the leading experts on job training and workforce development for young adults in the United States. He contributes commentary and analysis about youth and young adult issues for radio, television and publications, such as Bloomberg News, Ebony Magazine, Washington Post, BET News, National Journal. WJLA News Channel 7, and NPR.

Mr. Bell serves on the board of governors of the International Graduate University and he advises many organizations on workforce development and young adult issues. Mr. Bell attended the University of the District of Columbia and is a proud graduate of Ballou Senior High School Class of 1985. He is the proud father of Rayona and Raygan. 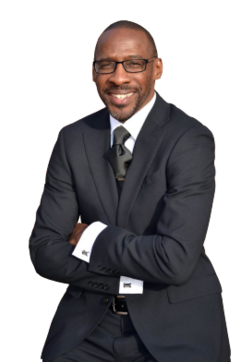